You’ve probably heard the news about these so-called “murder hornets” entering Washington State. As far as we know, the only state that these hornets have entered into the United States so far is Washington. The hornets have also been found in B.C.

While these “murder hornets” may sound very scary, they are actually not very likely to sting you. If they do sting you, it’s only when you are getting too close to their nest or their prey. If you are stung, you aren’t actually very likely to be affected long-term. To learn more about their stings, how to protect yourself from their stings, and what to do if you’re stung, read https://www.webmd.com/skin-problems-and-treatments/whats-a-murder-hornet. 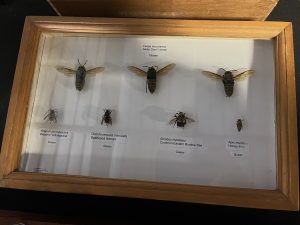 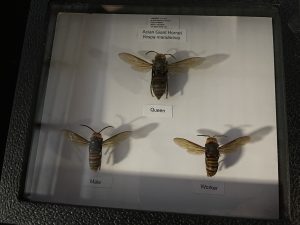 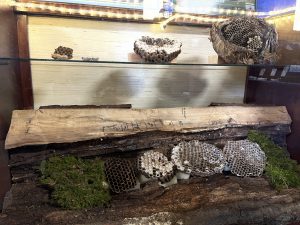 Even though the murder hornets aren’t necessarily scary for humans, we should be scared of the impact they could make on our ecosystem. As they are an invasive species in the USA, they could cause catastrophic damage to our environment, especially our farming, because their prey are bees. If they are allowed to remain in our country, they would kill many of our bees, thus denying our crops of pollination.

While you are unlikely to see one, you should still keep your eyes out for them. As you could imagine, they are giant. They can get up to 2 inches long.3 They have yellow and black stripes on the back ? of their bodies. They nest in trees1 and underground2 in unpopulated areas.

If you do see a murder hornet, please contact the Washington State Department of Agriculture at hornets@agr.wa.gov or directly report the sighting at https://survey123.arcgis.com/share/f453e20988714d1a8459891b888b5def as soon as possible.4 We can all help to protect our bees and agriculture if we work together to control this invasive species.